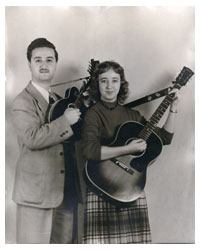 Harry and Jeanie West have been in the musical instrument business for many years and have accumulated considerable knowledge of stringed instruments; new, used, vintage and even antique. Music has always been a way of life for Harry and Jeanie, as has collecting vintage stringed acoustic instruments.

Harry and Jeanie began collecting stringed instruments in the 1940s. They make their home in Statesville, NC, where they have operated Harry & Jeanie West Fine Musical Instruments for many years. The store, which caters primarily to the acoustic musician, is located at 116 East Broad Street in downtown Statesville and remains family-owned and operated.

Harry and Jeanie have been recognized around the World for their contributions to Bluegrass and Old-Time Music. The Wests started performing as a musical duo in 1949, appearing throughout the eastern seaboard from Greenwich village in New York to the Carolinas. The Wests performed regularly at the Mountain Dance and Folk Festival in Asheville, NC from 1949 into 1960. They’ve been back as festival regulars since 1999 as special guests. Harry and Jeanie’s music are on the “High Lonesome sound of Bluegrass”, the life story of Bill Monroe and the history of bluegrass and old-time music. 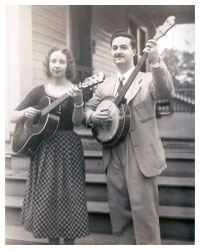 Their music has also been selected by the Smithsonian Institute representing the traditional sounds of Bluegrass, Old-Time folk Music, and Mountain ballads. They have recorded hundreds of songs on various labels, most which are collectors’ items now. Some of these recordings have been re-issued.